The Heirs of the night are bloodborn children of the once great vampire clans descending directly from Lord Dracula. These children, the Heirs, are born by vampire parents, not altogether different from how humans are born. They have eternal life, age slowly and they sustain themselves by drinking animal blood. Drinking human blood (also known as “Human Red”) has become very rare as the vampires have become more civilized over the past centuries.

Our story is set in 1889 and there are only five vampire clans left after centuries of clan-wars, each clan residing in a different country in Europe. Dracula gave each one of his clans a ruby and with this ruby came a specific power (e.g. mindreading / controlling the weather / talking to animals, etc.) that is only mastered by its clan. The never-ending clan-wars and the growing threat of vampire hunters like the Redmasks have forced the vampire clans to retreat into isolation in order to survive and to protect their Heirs. Now, however, they realise that they need to come out of hiding and together to unite their powers in order to survive.

And this is where our saga begins …

Available in more than 10 languages 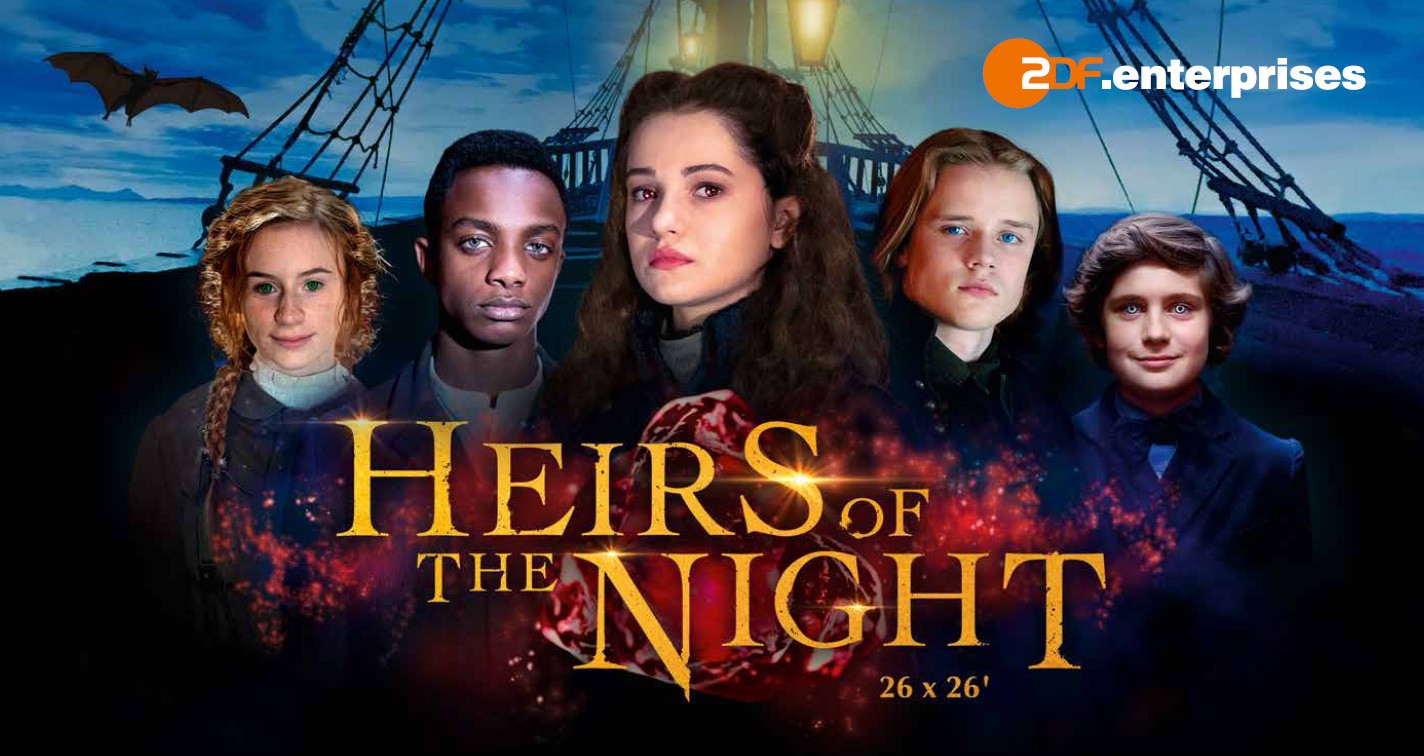 Based on the books:
Die Erben der Nacht by Ulrike Schweikert

As a B2B partner from our industry and registered user of our online screening, you can also screen full-length episodes 52/11 at www.zdf-studios.com after logging in. If you are not registered yet, you may do so right here. If you need any further information please don’t hesitate to contact our Junior Department. They will be pleased to help you.